Bible study: From the garden to the city

Stephen Finamore reflects on God's presence with humanity in Eden, the Temple and the New Jerusalem 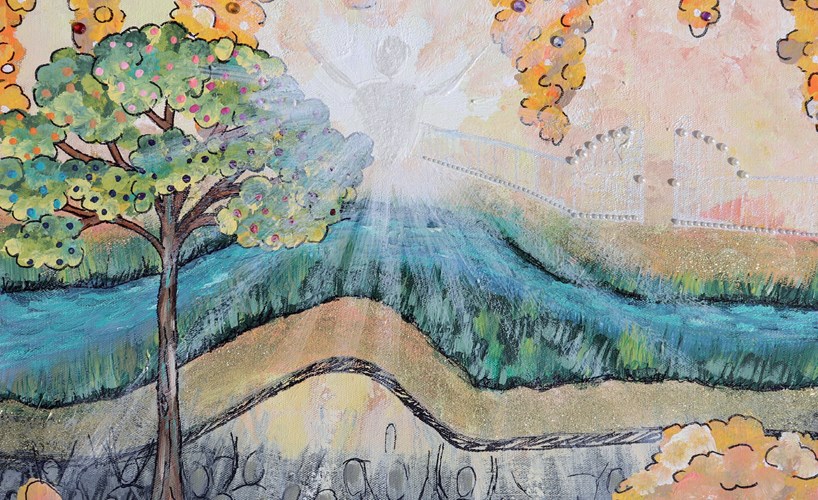 Stephen Finamore reflects on God's presence with humanity in Eden, the Temple and the New Jerusalem

God has given us a book full of stories,
Which was made for his people of old,
It begins with the tale of a garden,
And ends with the city of gold.
(Maria Penstone)

THE WRITER OF THE OLD CHILDREN'S HYMN knows there is a connection between the Bible's fi rst and last stories, but expresses it as a point of contrast rather than one of continuity. After all, one is about a garden and the other about a city. On one level they could hardly be more different, yet the careful reader of the Bible will fi nd many points of contact between them.

What feelings do you associate with the words 'city' and 'garden'? How do they differ?

Can you think of anything that cities and gardens have in common? How much does each of them owe to human creativity?

The Bible takes its readers on a journey between creation and recreation. At the beginning God gives the fi rst humans a mandate to fi ll the whole earth; the garden is their starting point for that great adventure. Of course, we know that things quickly go wrong and that it takes a remarkable and gracious intervention from God to put things back on track. You might expect this to lead us back to the garden at the beginning. But that would simply restore us to the starting point. Instead, God's re-creation leads us on to the goal we would have reached had we obeyed God's original instruction.

The garden of Eden is a place where God is present and the humans who live in it enjoy a close relationship with him. Their calling to fi ll the earth suggests that they are to go into the wilderness beyond Eden and work in it so that it becomes part of the garden. In this way, the place of God's special presence will eventually fi ll all the earth. If you are someone who loves gardening, then the satisfaction it gives you may be an echo of the original purpose our creator gave us.

What relationship is there between people's love of gardening and God's original purpose for humankind?

Do you feel the same way about cities? Think about your reasons for feeling as you do.

The disobedience of our fi rst ancestors meant that their close relationship with God was lost, but God does not give up on humanity. God still meets with people and the places where those encounters take place have a hint of Eden about them. This is especially true of the tabernacle and of the Temple. Careful students of the Scriptures have noticed that the story of the fi rst garden is full of words and images that evoke the idea of God's Temple. Both are places where humans can encounter God. Access to God may be more limited in one than the other but it is real in both cases. Both the Temple's purpose and some of its contents remind us of the garden.

In what ways do you encounter God in a garden or in the city?

How do these compare with the ways you encounter God during church services?

When John saw his vision of the renewed creation, he understood that the heavenly city represented the fulfi lment of all the promise of Eden. Heaven, the dwelling place of God, had come to earth, the dwelling place of humanity; the people of the city enjoy the presence of God. We are told that there is no temple in the city, but there could be an interesting reason for this. The New Jerusalem has the shape of a cube (Revelation 21:16), just like the Holy of Holies in the heart of the Temple. Of course, the scales of the two are totally different. Perhaps it's not so much that there's no temple, it's that everything is temple.

It's interesting to note that the stones that adorn the foundations of the city (Revelation 21:19-20) are the ones that were part of the breastplates of the high priests (Exodus 28:17-20). In the past, only the one wearing the stones could enter God's presence. Now the city itself wears the stones, so that all God's people can have the privileges of the high priests. In a similar way, all God's people will wear God's name on the foreheads (Revelation 22:4), which was once the prerogative of the high priest alone (Exodus 28:36-38). At the end of the Eden story, the cherubim are placed to stop humans gaining access to the tree of life. These astonishing creatures are part of the very throne of God in the Holy of Holies. In Ezekiel's vision of God's throne, they are alive. He calls them living creatures, which is how John names them in his vision of God's heavenly throne in Revelation 4. Once they barred our way and could only be seen by the high priest once a year, but now all God's people can see both them and the one who is enthroned among them.

We associate cities with human activity. What does it mean for a city to be made by God?

Why do you think the Bible ends with a vision of city rather than a garden or a park?

Throughout John's vision we fi nd indications that it represents a renewal of the garden of Eden: the nearer presence of God (21:3), the river that bring life fl ows from it (22:1) and the tree of life (22:2).

Whether you enjoy working in the garden or simply enjoy sitting in one, may the experience point beyond itself. Let it be an echo of Eden and a foretaste of the renewed Eden, which is the New Jerusalem, the city of God, where we will enjoy God's fuller presence. For a garden can offer us a taste of the past, a glimpse of the future, and an experience of God in the present. 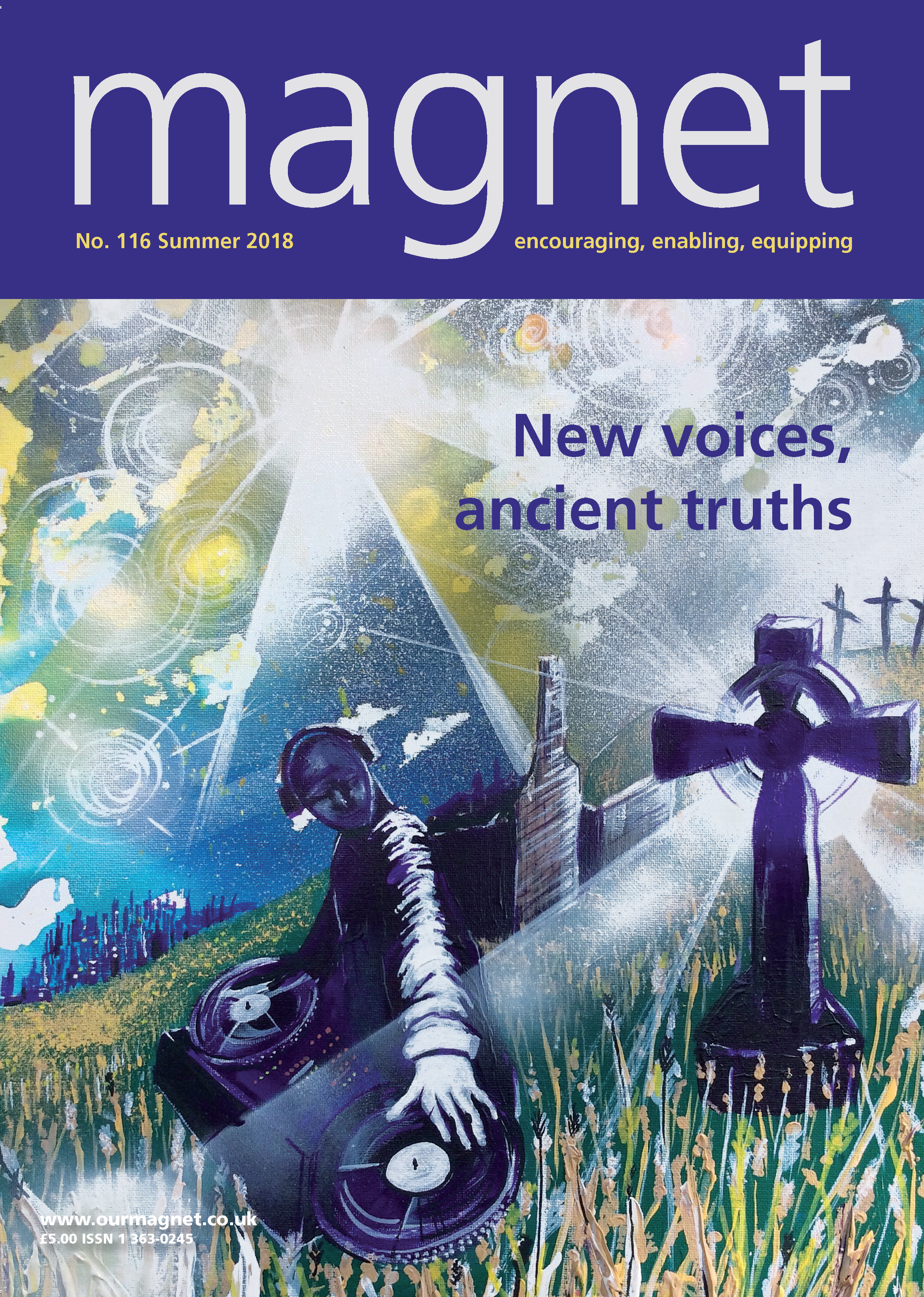 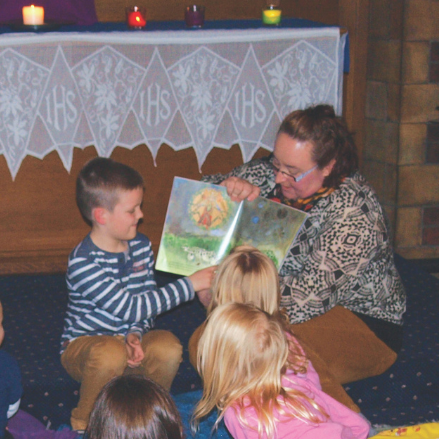 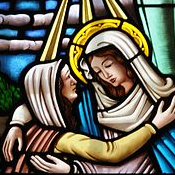 God beyond all names

“God beyond all names”
all creation tells your story,
you have shaken with our laughter,
you have trembled with our tears. 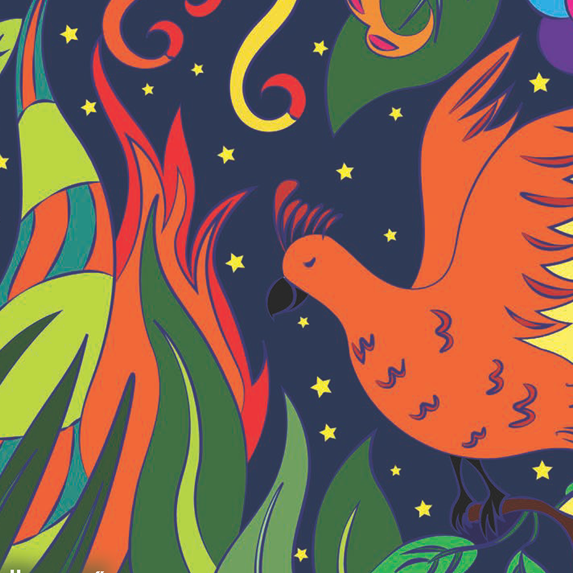